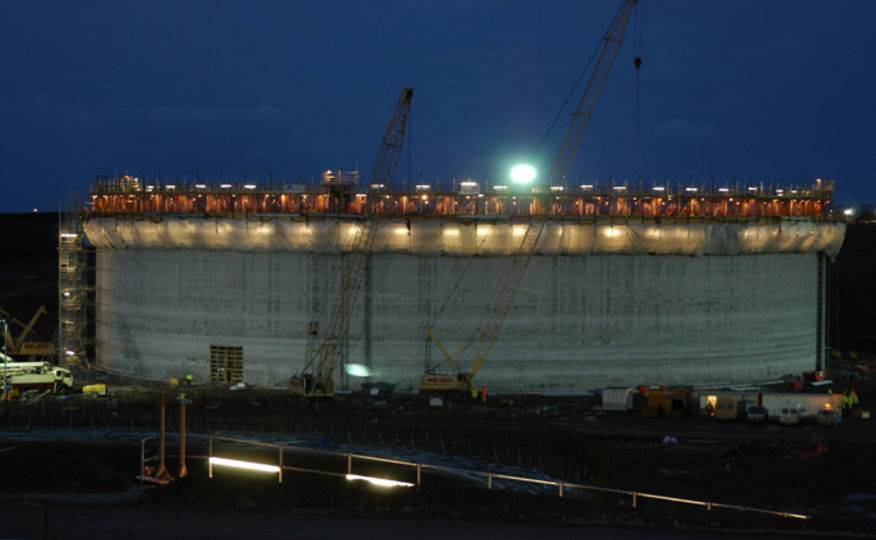 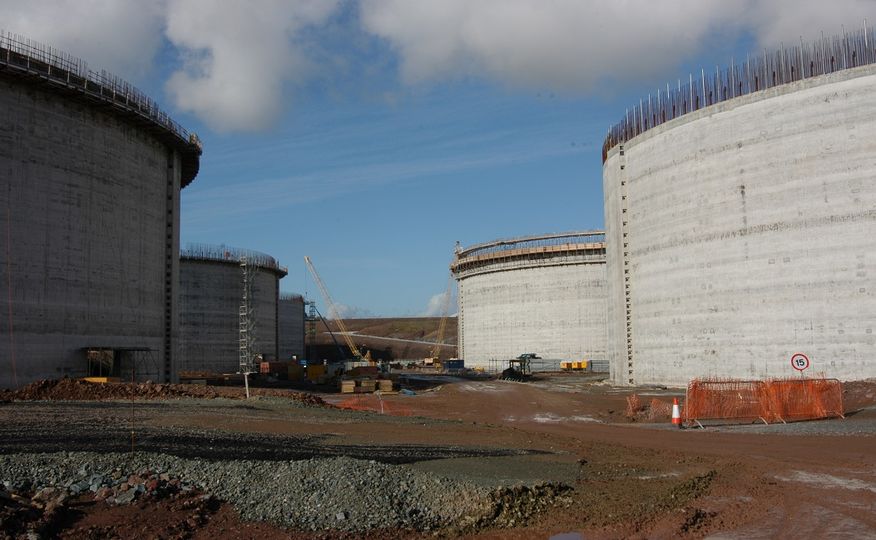 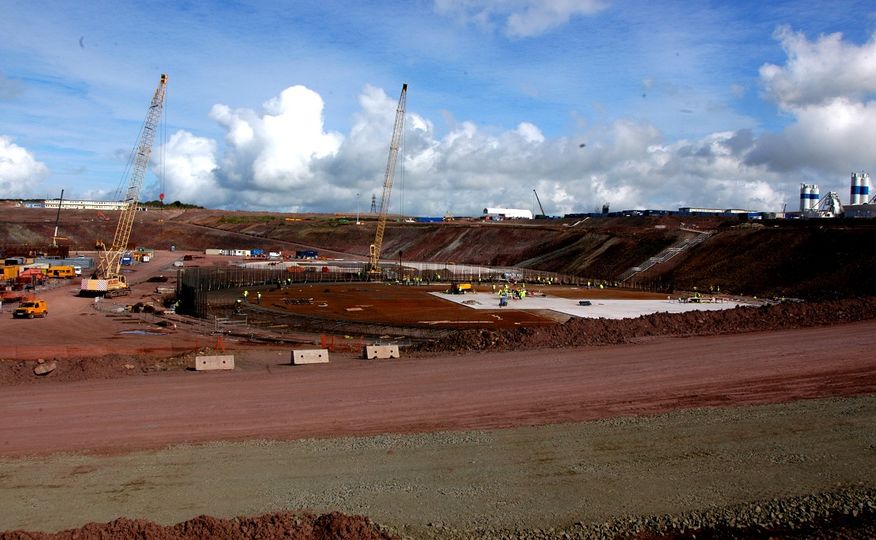 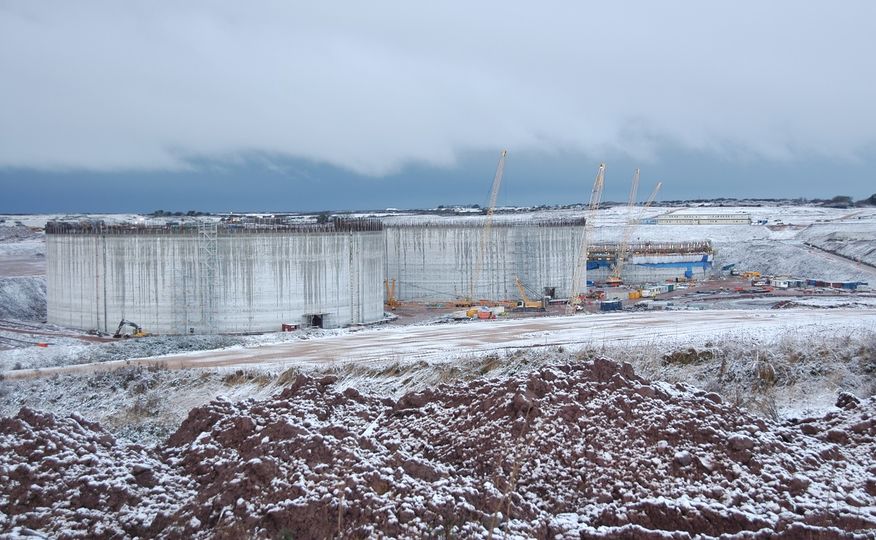 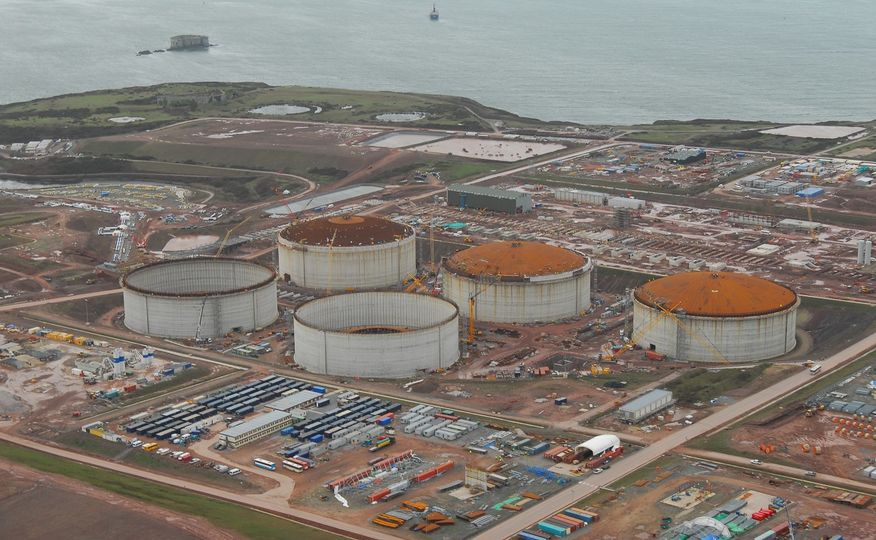 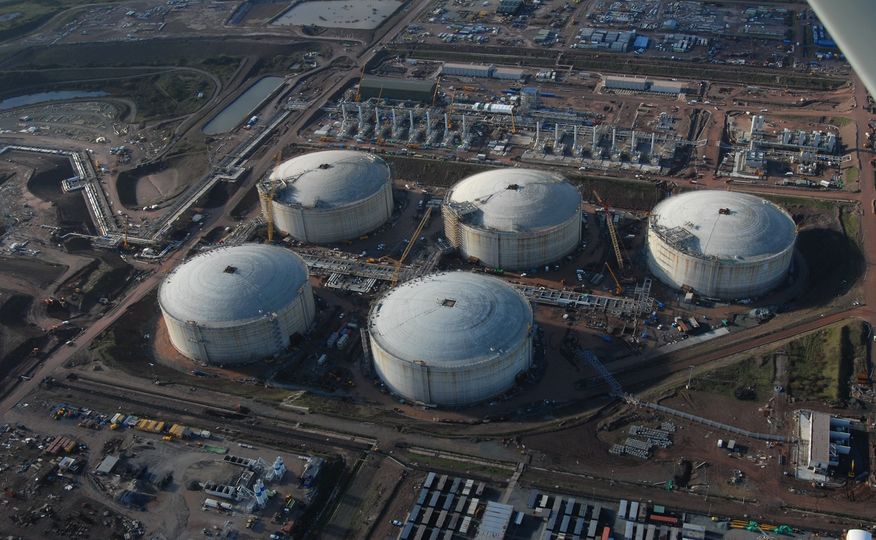 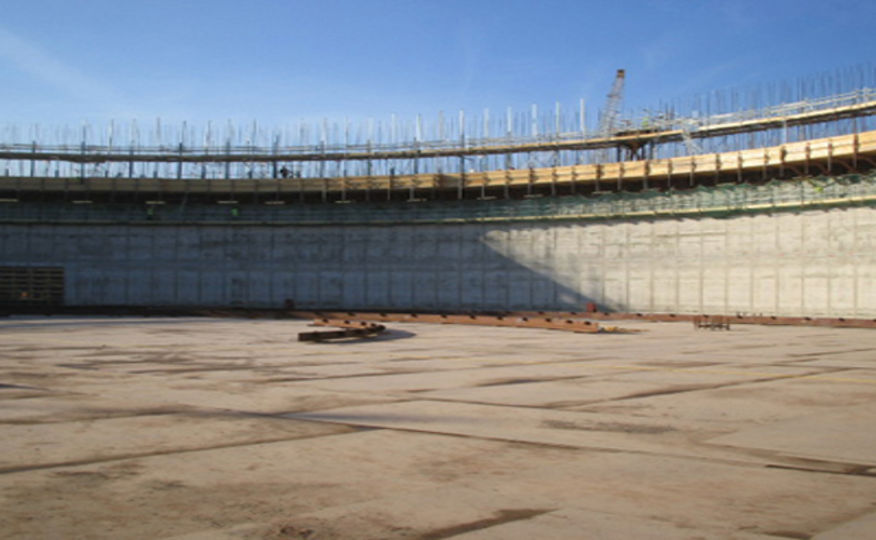 The tanks are a massive 94 metres in circumference and 31metres high, with a domed concrete roof slab rising a further 12metres. The project took two years to complete with up to 600 operatives on site at any one time.

The new South Hook terminal, costing a total $1 billion, will store LNG from a new plant being built in the State of Qatar, close to Saudi Arabia, and is sourced from the country's North Fields. One of the world's largest construction projects, which is due to supply 20% of the UK's natural gas needs by 2008. Natural gas is liquified and reduced in volume by colling to -160 degrees centigrade. This enables it to be economically shipped to the UK, where it is offloaded, stored in tanks, then re-gassified and fed into the gas network.

Not only technically challenging, the project offered logistical challenges to the team, due to both the remote location but also the need for constant slip forming whilst building the tanks.